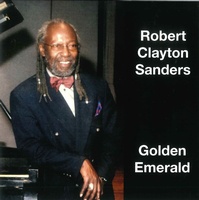 Robert Clayton Sanders is an award winning jazz musician, producer, director, lecturer, clinician, composer, recording artist, educator, minister, and writer. He began his formal music study at the age of five, winning many honors in music, which gave him recognition as a ''child prodigy'' on the piano and the winner of the National Guild of Piano Teachers' Interscholastic League Piano Competition for a period of five years. He received his Bachelor's and Master's degrees from Prairie View A&M University.

Over the past 60 years, he worked in both the jazz and R&B musical genres. Among his numerous accomplishments are working with Freddie Cole on a recording ''All We Need is a Place'', writing songs for Ruby Dee and Ossie Davis while collaborating on a special PBS television project entitled ''Jazz Here & Now'', a simulcast with KERA TV and Radio, composing documentary music for NBC Channel 5 TV in Dallas, Texas, performing with the Houston Symphony featuring the Great Hannibal, the Dallas Symphony, Coleridge Taylor Perkinsin, conductor/composer featuring Kenny Burrell and Monk Montogomery. Robert also played for Eartha Kitt, Freddie Hubbard, Shelly Carroll, the Heath Brothers, Chick Corea, James Clay, Lonnie Liston Smith and many other jazz giants. In addition, Robert scored music for several films including collaborating on music for the film ''Lord of the Rings''.

As an award winning classical pianist and organist, Robert Sanders performed throughout the United States and Europe., He has racked up credits as a bona fide Bloc Flutist and trombone player. He appeared as a guest lecturer and performer at the Zelt Music Festival in Freiburg, Germany. Robert's most recent travels took him to Bogota, Colombia where he received a special invitation to perform at the Colombia's Independence Bi-Centennial Celebration and was a guest in President Alvaro Uribe Velez's home. The press in Bogota stated, ''...not since Dizzy Gillespie has jazz made such a major impact on this city!''

For 20 years, Robert was on staff at Prairie View A&M University as Professor of the Jazz Ensemble. He has held positions as Minister of Music for churches throughout the state of Texas. He co-founded and hosts what is known as the best jazz jam in this part of Texas, ''The Labor Day Country Jazz Jam'' at his home in Columbus. Robert now plays at New Greater Smith Chapel Baptist Church where his late father pastored for over 30 years.

You may purchase Robert's CD's at the Columbus Chamber of Commerce. ''Golden Emerald'' and ''When Mountains Arrive'' with sheet music. 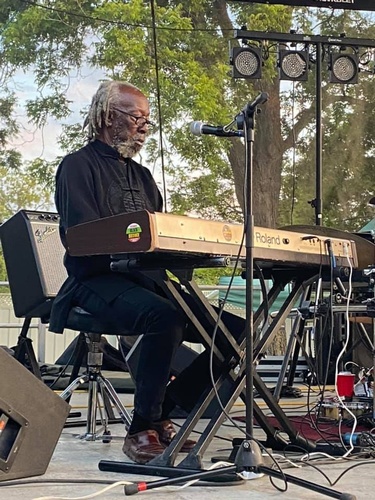 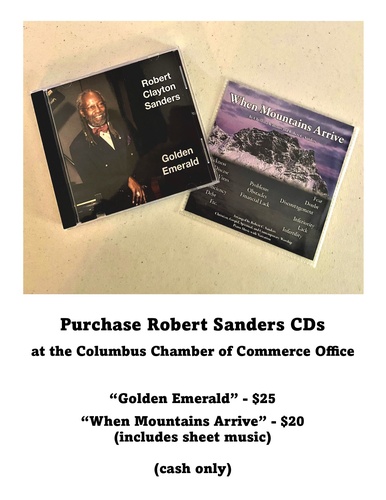