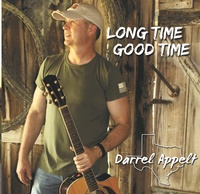 It’s been a long musical ride for singer/songwriter/musician Darrel Appelt of Columbus, Texas. Over many years he has played at about every kind of Texas venue there is, and has fronted bands that… read more